So now wok away (pun intended) and get your fried riced cauliflower on. 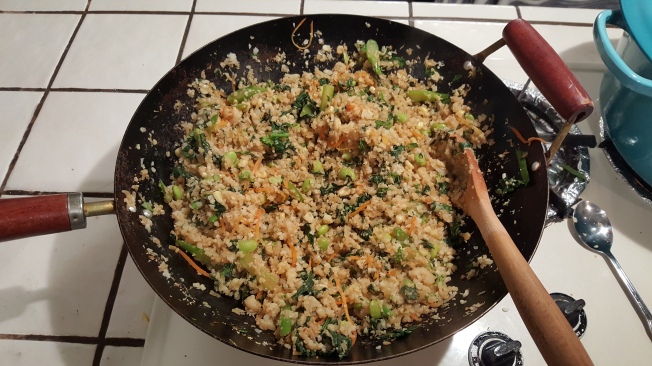 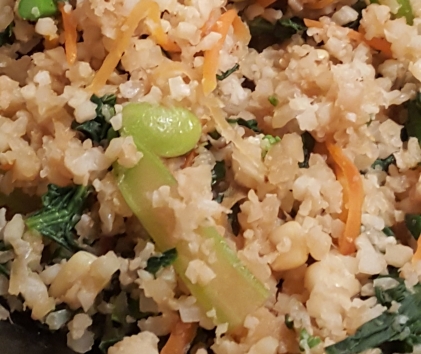 SERVE IT: My traditional fried rice uses sesame oil but again, since we’re cleansing here, we’re not using additional oils. So in place, and to get that nice taste, you can serve with a tsp of roasted sesame seeds. you’ll get the flavor without all the added fat.